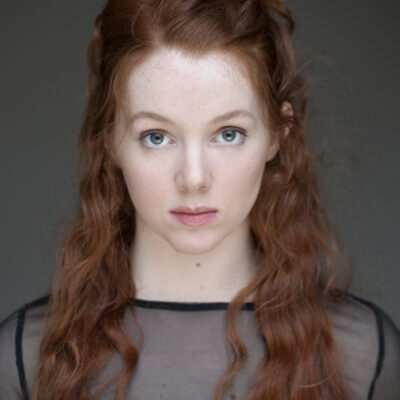 Lucy-Rose Leonard at a young age was accepted into VCA and more recently RADA to continue her actor training in London.

She has worked extensively in the entertainment industry and was praised for her portrayal as Nikki in feature film CRAZY ABOUT YOU starring John Cleese, nominated for Best feature at the Australian Academy of Cinema & Television (AACTA) awards. She has also had various guest roles most recently in critically acclaimed film NITRAM starring Caleb Landry Jones, directed by Justin Kurzel and in television soaps NEIGHBOURS, DENISE and WINNERS & LOSERS.

Lucy-Rose had the privilege of playing Helen of Troy in the Sam Wanamaker Playhouse, London as part of The Globe’s Polish Festival broadcast simultaneously to Poland, New York and Toronto directed by James Wallace. She partook in BBC2 comedy sketch A YEAR IN THE LIFE OF and narrated CRATERS for BBC Radio 4. She worked and devised with Belgium director Jan Fabre in experimental piece ‘Je Suis Sang’ and toured Prometheus Bound to Ancient Messene Greece with her RADA ensemble.

Not only does Lucy-Rose have a passion for stage and screen she also loves behind the scenes, writing poetry, directing and producing.