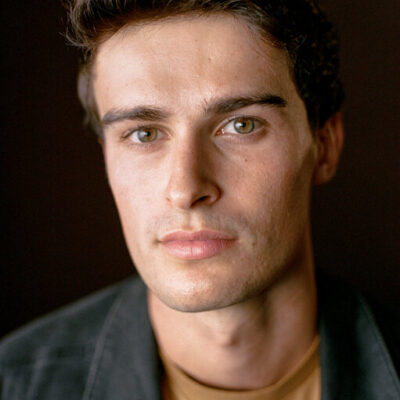 Mitchell Bourke graduated from QUT with Bachelor of Fine Arts in Acting at the end of 2017. Whilst completing his studies, he performed in many works of theatre; most notably are his leading roles in Eurydice (Orpheus) and Breaking the Code (Mick Ross). In 2020 he played the lead in Ad Astra’s Jingle Bells Suck Baubles. Mitchell worked with the Australian Shakespeare Company, appearing in Merchant of Venice and Romeo & Juliet, in which he played Romeo. His television credits include ABC’s Diary of an Uber Driver and SBS’s The Family Law.

Mitchell has starred in five short films; Solicit, A Heart for Vendetta, Terrannum, Tallebudgera Road and Delete Ignore, which has been recognized as an Official Selection at several International Film Festivals. Most recently, Mitchell starred in RETURN TO THE DIRT for the Queensland Theatre Company; directed by Lee Lewis.