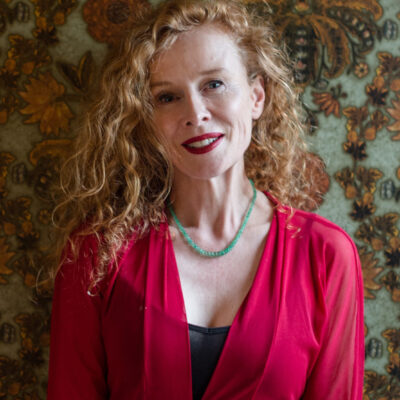 Alison Whyte is one of Australia’s most accomplished and celebrated actors, with an outstanding reputation in theatre, film and television. On the small screen, Alison has been seen in numerous productions, including The Doctor Blake Mysteries, Miss Fisher’s Murder Mysteries, Tangle, Satisfaction, City Homicide, Marshall Law, Sea Change, Good Guys Bad Guys, G.P. and the critically acclaimed Frontline, amongst many others. Alison has most recently been seen in Fisk, Harrow S3, The Kettering Incident, Glitch and Playing For Keeps (Series 1 & 2). Amongst her numerous films include The Dressmaker, Centreplace, The Jammed, Subterano and Saturday Night.

Alison has worked with many mainstage theatre companies. Most recently, Alison has been performing in Michael Cassel Group’s blockbuster production of Harry Potter and the Cursed Child.. Appearances with Sydney Theatre Company include The Testament of Mary, Love and Information and Travelling North, as well as Australia Day for both the Sydney Theatre Company and the Melbourne Theatre Company. Also for the Melbourne Theatre Company, Alison appeared in Last Man Standing, Summer of the Seventeenth Doll, Clybourne Park and All About My Mother and for the Black Swan Theatre Company in Rising Water. For the Malthouse Theatre, Alison performed in the production of The Bloody Chamber, Tartuffe and Eldorado, as well as Optimism which toured the Sydney Festival and the Edinburgh Festival. Recent theatre performances include the Vass Theatre Group Production Hand to God, as Lady Macbeth in the Australian Shakespeare Company’s production of Macbeth, as well as their production of Hamlet and A Midsummer Night’s Dream and in the epic Cloudstreet as ‘Oriel Lamb’ for the Malthouse Theatre and the Black Swan Theatre Company.

She originated the role of ‘Grace’ in Belvoir St Theatre’s critically acclaimed production of Faith Healer, starring alongside Colin Friels and directed by Judy Davis, reprising the role for the Melbourne Theatre Company and Adelaide tour.