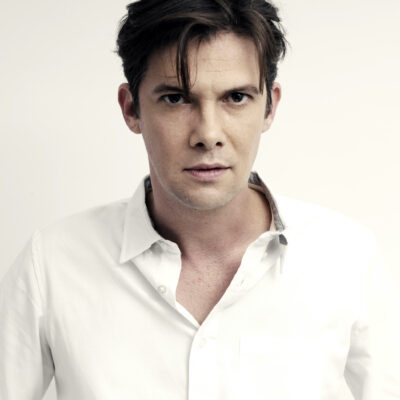 Toby Schmitz is a writer, director and actor. He was most recently seen on television in Bloom [Stan], and on stage in Thom Pain (based on nothing) and Degenerate Art, which he wrote and directed [Red Line]. Toby’s acting theatre credits include The Rover, Hamlet, The Wild Duck, Measure for Measure, Thyestes, Strange Interlude, Ruben Guthrie and Dance of Death [Belvoir], The Present, Rosencrantz and Guildenstern are Dead, Travesties, Hanging Man, Rabbit and The Great [STC], Wild and The Importance of Being Earnest [MTC], Much Ado About Nothing [Bell Shakespeare], and The Boyce Trilogy [Griffin Theatre]. Toby received Helpmann Award Nominations for his performances in Thyestes, Much Ado About Nothing and Ruben Guthrie, and Sydney Theatre Award Nominations for Howie The Rookie, The Great and Ruben Guthrie.

Toby was awarded the Patrick White Award for his play Lucky.

Toby’s television credits include S.O.Z.: Soldiers or Zombies, Reckoning, Newton’s Law, Blue Murder, Miss Fisher’s Murder Mysteries, Underbelly: The Man Who Got Away and Black Sails. His film credits include Griff the Invisible, Three Blind Mice, The Rage in Placid Lake, and Somersault.

His playwriting credits include dreamalittledreamalittle, Pan [BSharp], This Blasted Earth: A Christmas Miracle with Music (with Travis Cotton and Tim Minchin), Capture The Flag, I Want to Sleep With Tom Stoppard, Empire: Terror on the High Seas, and Degenerate Art [TRS].